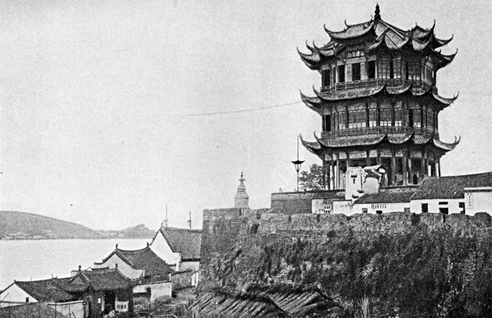 Image 1: the 1868 tower
The famous Yellow Crane Tower, which has stood in various forms for nearly 2,000 years is much celebrated in poetry and painting. It is located near the Yangtze River in Old Wuchang, now part of Wuhan City in Hubei (Hupeh) Province. The Tower was depicted on many of the currency issues of the Hupeh Provincial Banks, however not everything is as it seems. Unusually for a monument celebrated on currency, the structure wasn't even standing during the period of issue.

The Yellow Crane Tower was originally constructed in around 223 AD as the watchtower of the castle of Huang Wu, ruler of the state of Wu. Since then the structure has been destroyed and rebuilt on numerous occasions due to accidental fire and frequent warfare. During the 17th to 19th centuries alone, the tower had to be rebuilt seven times, surely making it one of the most disaster prone monuments anywhere on Earth let alone China. 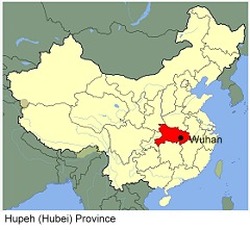 Legend has it that a wine shop originally stood on the site, run by a young man named Xin. One day a Taoist priest came to the shop and asked for wine. Xin served him for free. In order to express his thanks, the priest painted a crane on the wall before leaving the shop. He told Xin that it would dance whenever people clapped. The townsfolk were amazed by this magic crane, and flocked to the wine shop. Xin’s business boomed as a result. Ten years later, the Taoist priest went back to the shop and rode the crane off into the sky. In memory of the priest who helped him become rich, Xin built a tower and named it in honor of the yellow crane.

Other legends involve Daoist immortals among others, flying from the site on a yellow crane, up to the heavens.

The tower is said to have been surrounded by cranes in the Tang Dynasty (618-907 AD). Cranes are a traditional Chinese symbol of longevity, and many famous poets in ancient China wrote about the majestic scene of cranes hovering over the Yellow Crane Tower.

One of the most famous poems past and present of the Tang Dynasty poet Cui Hao (c.704-754 AD) is "The Yellow Crane Tower" and this poem is one of the main sources for the fame of this tower - an importance which may in part explain the persistent rebuilding of this frequently doomed monument:

Two versions of Cui Hao's poem:
​
​
​Even Mao Zedong composed a poem on the subject of the Yellow Crane Tower, inspired by that of Cui Hao, in 1927.
​ 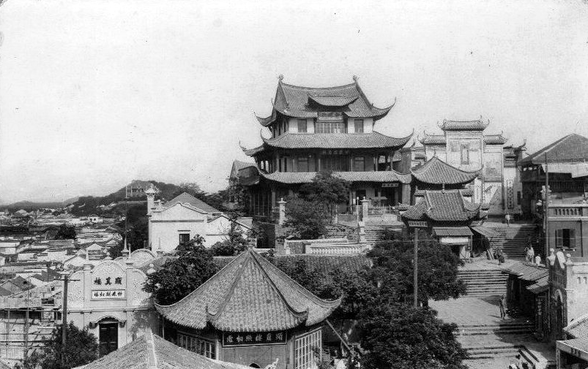 Image 2: the temple-pavilion demolished in 1957
The final ‘old’ tower was built in 1868 but yet again destroyed by fire in 1884 (image 1, top of page). After this, no replacement tower was built but a temple-pavilion structure was eventually constructed on the site (image 2, right). This building and the historic site of the tower was swept away by the construction of the Wuhan Yangtze Bridge in 1957 - though this was more to do with necessity, being some years before the later widespread mindless vandalism of the Cultural Revolution, from 1966.

Finally during 1981-1985 the regional government commenced the construction of the present tower (image 3, below). This structure was built on a new site over 1 mile away, and though based upon the design of it's pre 1884 fire predecessor, has significant differences, being far higher and containing an elevator! The roof is covered with 100,000 glazed tiles.​ 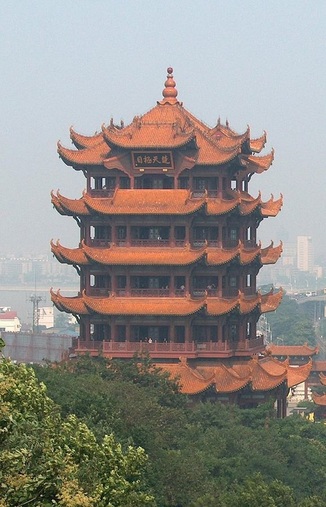 The ancient cities of Wuchang, Hanyang and Hankow (Hankou) were amalgamated to form greater Wuhan City in 1950. Despite their great age, very little actually survives from the pre-modern cities. On October 10, 1911 the city was the scene of the Wuchang Uprising, as followers of Dr Sun Yat-sen led a revolt which quickly escalated and finally succeeded in overthrowing the Qing Dynasty and establishing the Republic of China.

The city served as a capital during several periods including the Mongols Yuan Dynasty (1234-1368) and very briefly in 1927 as a rival Nationalist (KMT) capital to that at Nanjing (Nanking). The city and surrounding area was the scene of the massacre of 100,000 communist supporters and former allies of the Nationalist regime under Chiang Kai-shek shortly after.

Successive provincial banks issued currency during the republican period, many of the notes of which depicted the Yellow Crane Tower (some examples below).

The city was occupied by the Japanese from 1938 to 1945. It is unclear whether some of the Hupeh Provincial Bank notes (some dated 1941) were issued under Japanese occupation, or circulated in areas outside of Japanese control. The Japanese themselves circulated the money of their puppet ‘Central Reserve Bank of China’ some of which were overprinted for circulation restricted to Wuhan.
Some of the paper money depicting the Yellow Crane Tower
Including a modern fake
​
Sources include: Vacant Mountain
Return to the Chinese Paper Money Index page
Powered by