Updated and expanded periodically. Latest update: 15 April 2017
​​
Numerous fakes and fantasies are to be found - especially via the internet. Some points to keep in mind when considering a banknote, even if only viewable online:
​
Some points on denominations:

Dollar or Yuan notes above $100/yuan do not appear by any Chinese issuer dated before 1936. The one exception is of notes issued by Commercial banks in Hong Kong; and all of these are rare. 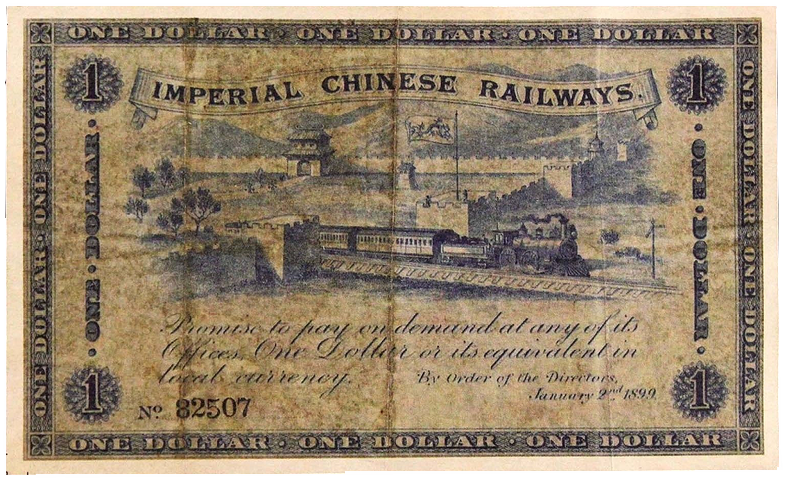 Below: a lower piece of the margin of the original note (a scarce 10 Dollars of 1923 of the
Central Bank of China (1923-28)) had to be left in order to retain the printers name. 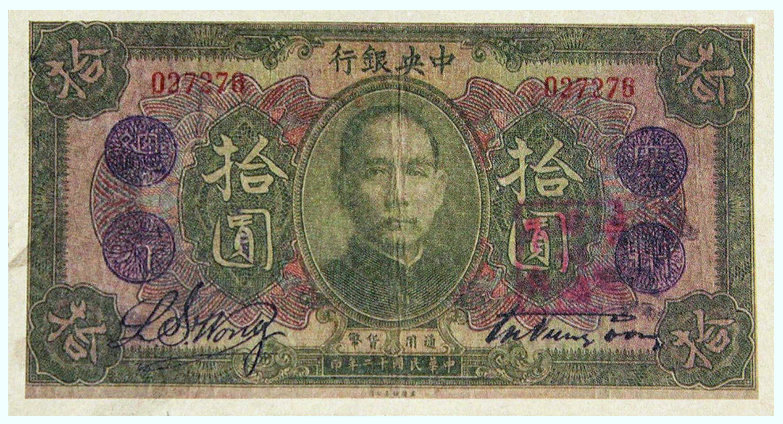 The Central Bank of China: The North-Eastern Yuan 東北九省流通券
Fakes of the scarce low denomination issues of the Central Bank of China's notes for the North Eastern Provinces (Manchuria; the former puppet state of Manchukuo) are increasingly common - no doubt both due to their desirability and being more difficult to detect, especially online. The 1945 1, 5 and 10 yuan are the most commonly encountered fakes; the 50 Yuan less so, so far. Below is an example of a recently ebay listed fake, and a genuine note for comparison.
​
​So called 'Guo Min Revolution Army Ticket' "1926"

The Peoples Bank of China

​There are so many forgeries - and not always easily detectable, especially if purchased online - of early Peoples Bank notes (up to 1953) that the majority offered for sale anywhere without verifiable authentication documentation are recent fakes. There is a problem with later notes, however these are forged less frequently and are usually easier to detect.

Also, be aware that some sellers are selling these cheaper modern fakes as "counterfeits" for US$20 to 30 or more, presumably in the hope that some unsuspecting collector will mistake them for old forgeries of the period of issue - which do have collectible, historical and financial value.

(On a personal note: until recently I had no pre-1953 Peoples Bank notes in my collection, mainly due to the problem of forgeries - as well as the increasingly high price of such notes at the more reliable end of authenticity. Recently I spotted two notes from 1949 in a group that was being auctioned cheaply ("if genuine") and decided that it was worth risking a few pounds! The photos provided were not good, however the two notes in question seemed to show signs of genuine circulation and display some of the features that distinguish genuine notes from the vast majority of fakes; such as the appearance of the serial numbers and seals. Fortunately the notes indeed turned out to be genuine).
​
(SCWPM 857). Most of the examples of this banknote viewable online appear to be modern fakes, some better than others. The two examples (above right) of such fakes show how widely the quality varies. The lower example is printed on cheap discoloured paper in an attempt to give the appearance of aging. The printing is flat and dull. The upper example is more successful, however (in both cases) the colouring is not quite right and the black vignette is too well defined in appearance. Nearly every fake seems to use a serial number beginning with '56245..'

There is also the fact of this being a particularly rare and valuable banknote; the second or third most valuable of any of the Peoples Bank of China issues, which means that though it's not impossible for it to turn up for sale at a bargain price, it is very unlikely.
Da Jiang Bank - 大江银行
​In recent months, many, many modern fakes have appeared of both vertical and horizontal format banknotes by this 1940s early communist issuer. Most are copies, some are pure fantasy.

Return to the 'Fakes and Forgeries' Index
Powered by